Showcase: Reach for the Cloud -- ReachForTheCloud.com 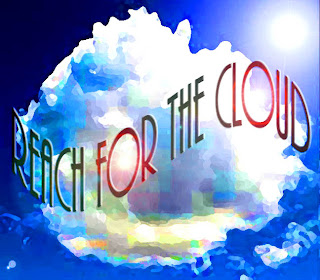 Nature is a mutable cloud which is always and never the same.

At this time, I'm not offering a fixed price on ReachForTheCloud.com, but if the right offer comes along, I just may accept it.

After some research, I may include it as a Name for the Day, but, for now, I'll just showcase it.

This domain dropped back in February 2011, before Apple's huge purchase of iCloud.com and Citrix's multi-million dollar purchase of Cloud.com--before cloud computing became HOT. Overnight, "Cloud" has gone from fad to an established trend, and "Reach For The Cloud" has become an overnight winner.

ReachForTheCloud.com, a strong call-to-action name, is already a hot term in tech circles and general media:

Google Search for "Reach for the Cloud" (with quotation marks)

ReachForTheCloud.com is a highly brandable domain name that should develop legs very quickly.
Posted by Jennifer at 12:46 PM 1 comment:

Right-of-the-Dot: Why I Believe that Large Corporate TLD's Will Rule the Commercial Internet 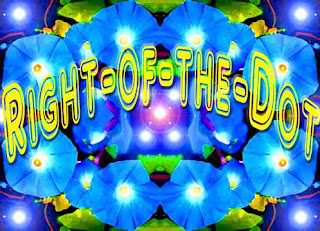 I have no horse in this race, so my opinions are not based on potential personal financial gain; I do not have the $185,000 non-refundable application fee for a new Top Level Domain--also known as a TLD, for example, .anything.

With the recent ICANN rules approving new TLD's--the info at the right-of-the-dot (again, .anything)--corporations will be able to better protect their brands. Why? Because they will wield absolute control over who would be able to register a domain name (left-of-the-dot, for example, MyDomain.anything) at their registries.

In reality, large and mid-sized corporations could become major domain registries, much like Versign (who operates .com, .net, and .edu), Neustar (.us and .biz) and the Public Interest Registry (PIR) (.org).

Each country (or its agent) already operates its own ccTLD (Country-Code Top Level Domain) registry, such as .us (United States), .co (Colombia), .uk (.co.uk for individual and corporations), .de (Germany), and .im (Isle of Man), imposing their own rules and restrictions.

So what might happen when a TLD has been approved for a large corporation?

As an example, let's look at Apple, the tech company, as one of the likely first adopters of its brand TLD: .apple (although this is not 100% certain, given that the term "apple" is generic and that Apple is also a large record company).

So let's assume that .apple has been approved and is up and running.

It is likely that Apple will restrict .apple domains to advertising campaigns (for example, iPad.apple), and, perhaps, as internal e-mail addresses, corporate files, and official employee websites--restricted to the employee's actual name (to be relinquished upon employment termination).

In other words, no public registrations would be allowed. That, alone, would cut into the cybersquatter problem, at least for the companies who successfully snag their right-of-the-dot TLD.

For product campaigns, branding the .apple domain would be easy, given the staggering amount of money that corporations use for advertising. The public would soon recognize whatever.apple as a valid and, thus, safe, website to visit.

Apple: ALWAYS Right-of-the-Dot
.Apple = trust
It may be that Apple would simply redirect their existing .com (and other TLD domains) to a page (without links) that reminds users that Apple.apple is now the go-to homepage for Apple.

It is not likely that a corporation would risk its brand by opening up its TLD to the public, even as a subdomain, such as .my.apple.

In fact, the branded right-of-the-dot TLD may even change the way new companies select their company names. For example, I believe that we will see more short "made-up" names, like "zoosk" (a dating site).

In addition, some established companies using generic words may decide to rebrand, creating made-up terms for their companies, for example, like "Verizon."

What about generic TLDs, such as .bank, .pizza, or .loan?

These are more problematic; I would hope that ICANN would reconsider approving such TLDs.

I will address this issue in a future post.
Posted by Jennifer at 10:25 AM 2 comments: 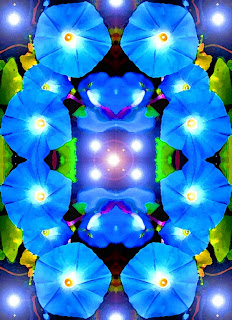 Email ThisBlogThis!Share to TwitterShare to FacebookShare to Pinterest
Labels: The Fine Print, The Not-So-Fine Print
Home
Subscribe to: Posts (Atom)